The New York Daily News is an odd paper. They have progressive articles at times and yet they also feature incredibly regressive, caveman nonsense on their pages. Today, they did well, sorta.

By way of background, I was horrified last night as I watched the news. All the stations that I viewed blacked out the new Charlie Hebdo cover as they "reported" on it. Great "reporting", guys. Here's what they were afraid to show you: 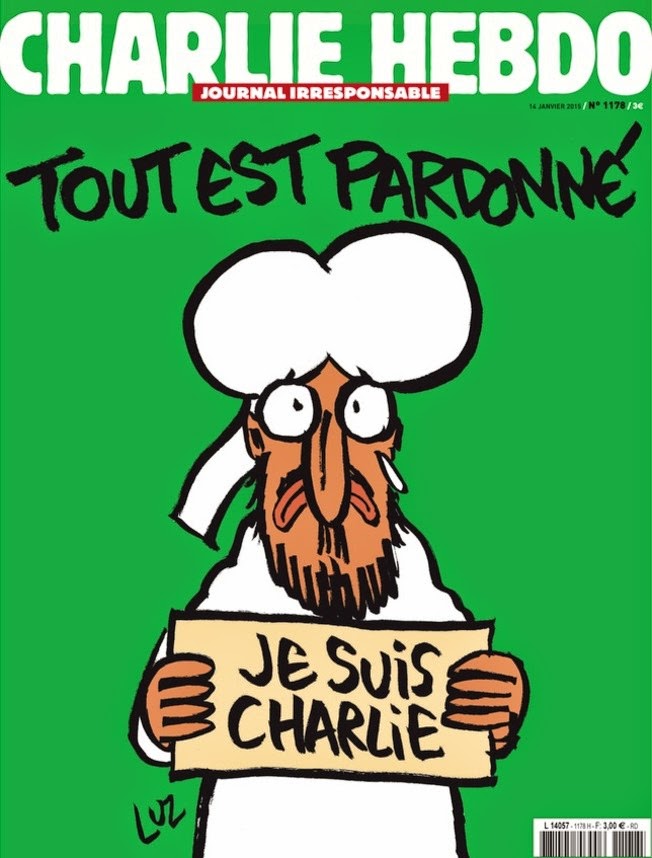 Scary, huh? Two shows revealed the words but not the image. Wimps. And these media guys actually go around saying "Je suis Charlie". Not by a long shot, fellas. But today, the Daily News at least showed this: 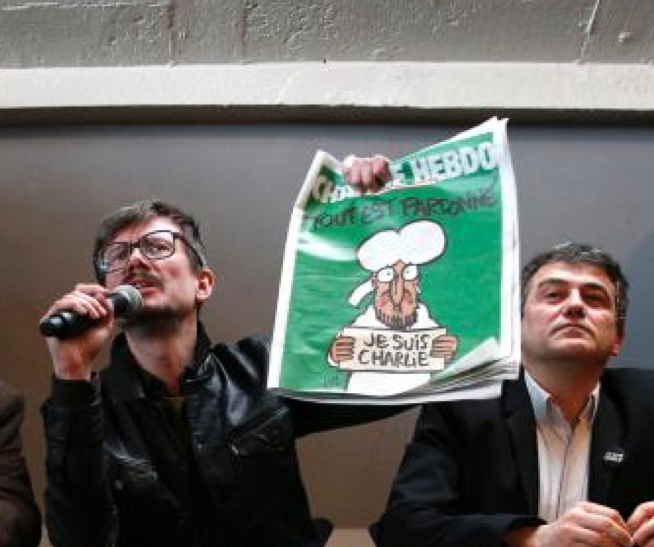 It ain't much, but it's more than the other media outlets showed their readers. Guys, it's news. You may have heard of news. It's what you're supposed to be about. If you don't show your readers what you're talking about, they remain in the dark.

The Daily News also has a fun story today about Saudi Muslim types forbidding the building of snowmen. Seriously, a fatwa on snowmen:


Religious scholar Mohammad Saleh Al Minjed said it's "not permitted to make a statue out of snow, even by way of play and fun," according to reports.

"God has given people space to make whatever they want which does not have a soul, including trees, ships, fruits, buildings and so on," he wrote in his ruling, reported Gulf News.

Al Minjed reportedly added that building a snowman is "to create an image of a human being" — an action considered sinful under the kingdom's interpretation of Sunni Islam.

Another claimed that building snowmen "is imitating the infidels, it promotes lustiness and eroticism."

These guys are afraid of everything. They almost remind me of Christians.
Posted by writenow at 12:13 PM

writenow
NY, United States
I'm Keith O'Connor and I write horror and science fiction. Science fascinates me, especially physics. I drool over physics. I'm a gay, atheist hippie and since the regular world is so boring, I spend my time creating fictional worlds that are a heck of a lot more interesting. It's great fun.

Wingnuts are free to comment. My only requirement is that you make sense and don't threaten anyone. I know that's tough for you to comply with, but there you go. Make sense and your comments will remain on the blog. Cheers!